The paradox of green is a symbolic fetish, and fetishes are difficult to grapple with. Despite the new generalized ecologization of thinking, persisting anthropocentric mindsets are continuously greenwashing greenhouse effects away. Despite its, at first sight, positive connotations of aliveness and naturalness, the term ‘green’ incrementally serves the uncritical, fetishistic desire to – only – metaphorically hyper-compensate for a systemic necropolitics that has variously taken the form of the increasing technical manipulation of living systems, ecologies, the biosphere. Greenness has become a ‘metaphor we live by’, one that in allowing us to focus on just one of its aspects keeps us from focusing on those inconsistent with that metaphor. There has been little reflection upon greenness’ migration across different knowledge cultures: Engineers uncritically brand ‘green chemistry’ or ‘green biotechnology’ as ecologically benign, while climate researchers point to the ‘greening of the earth’ itself as the alarming effect of anthropogenic CO2 emissions. ‘Green growth’ pretends to reconcile ecologically sustainable development with business models, and voluntarily alludes to ‘natural’ vegetation growth. Meanwhile, in Europe, the new green deal’s taxonomy classifies fossil gas and nuclear energy as sustainable – may black be the new green? The entanglement between symbolic green, ontological greenness and performative greening poses challenges across disciplines that provide an epistemological panorama for playful debunking.

In its inherent ambiguity between alleged naturalness and artificiality, ‘green’ urgently needs to be disentangled from terms – putatively non-technological – such as ‘life’ and ‘nature’; it even needs to be addressed as the most anthropocentric of all colors: To humans, a plant only appears green because its chlorophyll absorbs the high-energy red and blue light photons for photosynthesis, but reflects the middle spectrum, as its ‘waste’: This spectrum is useless for plant’s photosynthesis, but it corresponds precisely to the largest spectrum visible to humankind, as a result of biological evolution – green literally is our medium. Chlorophilic humans are therefore tempted to mistake vegetal chaff for vegetal green itself – a disastrous ontological misunderstanding.

Paradoxically, then, wouldn’t ecophila based on ecology’s spectrality and variety require a growing chloroscepticism, if not chlorophobia? The extension of E. O. Wilson’s concept of biophilia according to which humans possess an innate tendency to seek connections with other forms of life and with nature at large does not entail ‘green’ as a mandatory synoptic analogy for nature on the whole. As recalls environmental philosopher Holmes Rolston III: ‘Trees are not really green after we have learned about electromagnetic radiation and the optics of our eyes – though we all view the world that way.’

Inspired by cybernetics, systems theory and ecology, the experimental media arts are potentially well situated to unpack the ambiguity of pervasive greenness tropes and to serve as epistemic indicators. But are they able, between the invisibility of the microscopic to the incomprehensibility of the macroscopic, to destabilize human scales (both spatial and temporal) as the dominant plane of reference via practices of meaningful ‘meso-aesthetics’ linking across species, scales, and processes? Or do they face the risk to see the medium of ‘green’ as a way to avoid the ‘loss of center’, which in the past reactionary cultural theorists have been emphasizing to fight against centrifugal, eccentric and un-scaled aesthetics that challenge the ‘crown of creation’? 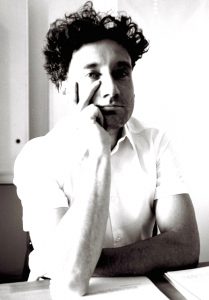 Jens Hauser is a Paris and Copenhagen based media studies scholar and art curator focusing on the interactions between art and technology, trans-genre and hybrid aesthetics. He is currently a Senior postdoc researcher at Medical University Vienna and a guest researcher at University of Copenhagen’s Medical Museion, following a dual post-doctoral research position at the Faculty of Humanities and the Faculty of Health and Medical Sciences, and coordinates the OU\ /ERT network for Greenness Studies. He is also a distinguished affiliated faculty member of the Department of Art, Art History and Design at Michigan State University, where he co-directs the BRIDGE artist in residency program, an affiliated faculty member at the Department for Image Science at Danube University Krems, a guest lecturer at the University of Applied Arts Vienna and at the University of Innsbruck, a guest professor at the Department of Arts and Sciences of Art at Université Paris I Panthéon-Sorbonne, and a researcher affiliated with École Polytechnique Paris-Saclay. Hauser has been the chair of the European Society for Literature, Science and the Arts’ 2018 conference in Copenhagen. At the intersection of media studies, art history and epistemology, he has previously developed an aesthetic and epistemological theory of biomediality as part of his PhD at Ruhr University Bochum, and also holds a degree in science and technology journalism from Université François Rabelais in Tours. His curated exhibitions include L’Art Biotech (Nantes, 2003), Still, Living (Perth, 2007), sk-interfaces (Liverpool, 2008/Luxembourg, 2009), the Article Biennale (Stavanger, 2008), Transbiotics (Riga 2010), Fingerprints… (Berlin, 2011/Munich/2012) Synth-ethic (Vienna, 2011), May the Horse live in me – Art Orienté objet (Ljubljana, 2011), assemble | standard | minimal (Berlin, 2015), SO3 (Belfort, 2015) WETWARE (LA, 2016), Devenir Immobile (Nantes, 2018), {un][split} (Munich, 2018), MATTER/S matter/s (Lansing, 2018), Applied Microperformativity (Vienna, 2018), UN/GREEN (Riga, 2019), OU \ / ERT (Bourges, 2019), Holobiont. Life is Other (Bregenz, 2021), and gREen: Sampling Color/Farbe Vermessen (Munich, 2021) among other co-curated exhibitions and performance projects. Hauser serves on international juries of art awards such as Ars Electronica, Transitio or Vida, as well as of several national science foundations. He is also a founding collaborator of the European culture channel ARTE since 1992, has produced numerous reportages and radio features for German and French public broadcasting services, and widely published essays in print journalism and in art books for many years.