Radical Compromise highlights the issue of European energy in the context of the global environmental crisis. With the exploitation of mineral wealth has come a period of global growth. But there has also been a negative impact and a period of the Anthropocene. Due to the ambivalence of society, the dependence on fossil energy sources is still significant. The implementation of adequate solutions is too slow. Urgent and radical solutions offer room for long-term shortcomings. Therefore, if change is to take place and be effective in the long term, we must not only collectively consider its socio-economic and environmental dependencies, but, above all, take immediate action. We need a radical compromise.

The film comments on the situation through a visual abstraction achieved by using aerial footage combined with electron microscope images of rocks, photogrammetry and digital 3D manipulation of locations. It is accompanied by music supplemented by field recordings, which is reproduced on a seven-channel surround sound setup.

The Radical Compromise project
The Radical Compromise project is a collaboration between Daniel Červenka, Signal Production and Planetum (Planetarium Prague). It is the joint work of a collective of authors consisting of multidisciplinary producer Daniel Červenka, visual artist Marek Šilpoch, composers Trauma & Errol Vitro, digital artist Pavel Karafiát and Planetarium Prague’s chief dramaturge, producer and artist Martin Fuchs. The artists consulted with environmental economist Tomáš Baďura on the issue of strip mines and their restoration. Many thanks for their help also go to Dominik Červenka and František Svěrák, who contributed to the creation of the film. 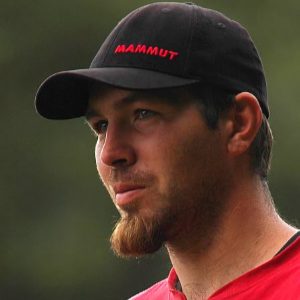