Humans are genetically predisposed to raise children as a way of passing on their genes to the next generation. For some, the struggle to raise a child in decent conditions is becoming harder due to gross overpopulation and an increasingly strained global environment.

This project approaches the problem of human reproduction in an age of overcrowding, overdevelopment and environmental crisis. With potential food shortages and a population of nearly seven billion people, would a woman consider incubating and giving birth to an endangered species such as a shark, tuna or dolphin? This project introduces the argument for giving birth to our food to satisfy our demands for nutrition and childbirth, and discusses some of the technical details of how this might be possible.

Would raising this animal as a child change its value so drastically that we would be unable to consume it because it would be imbued with the love of motherhood? The Maui’s dolphin has been chosen as the ideal ‘baby’ for this piece. It is one of the world’s rarest and smallest dolphins, classified critically endangered by the International Union for Conservation’s Red List of Threatened Species (version 2.3) because of the side effects of fishing activity by humans, its size (which closely matches the size of a human baby), and its high intelligence level and communication abilities.

I Wanna Deliver a Dolphin… imagines a point in the future, where humans will help this species by the advanced technology of synthetic biology. A ‘dolp-human placenta’ that allows a human female to deliver a dolphin is created, and thus humans can become a surrogate mother to endangered species. Furthermore, gourmets would be able to enjoy the luxury of eating a rare animal: an animal made by their own body, raising questions of the ownership of rare animal life, and life itself. 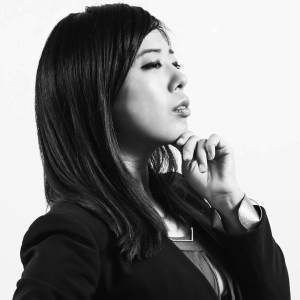 Artist. Her work focuses on the relationship between technology and people. His provocative works invite viewers to debate ethical boundaries, and often deal with themes related to reproduction and the future of life and death. Her book “How to be a Revolutionary in 20XX” has been published in Japan and Taiwan.

Header Graphics: “I Wanna Deliver a Dolphin…” by Ai Hasegawa.