The project Pater_Noster_2020 displays a network of algorithms and media that gives a comprehensive look of what goes on behind the extractive processes and production of ‘Big Data’. The main elements of the spatial multi-media installation Pater_Noster_2020 are two generative real-time animations. The first is a morphing portrait comprised of the visitors of the exhibition. The second is an agent based simulation (ABS) consisting of interacting artificial intelligence agents (blobs), that are generated through extracted emotional profiles from the visitors.

In advance of the exhibition a dataset is collected and labelled by scraping algorithms and collecting ‘in the wild’. Also during the exhibition the emotional state of the visitor will be collected.

Upon entering the exhibition the portrait of the visitor will be captured through facial recognition. From the collected portraits an emotional profile is generated through a facial expression recognition algorithm, but with full integrity to the anonymity of the subjects encountered. Only their emotional profile is captured and not their identity.

The extracted emotional profiles are processed through two channels in the installation. In the first channel every profile is converted to a behaviour tree for one of the blob and imported in a bespoke virtual world. Each blob has a distinct behavioural profile and appearance. These characteristics are determined by each individual profile captured from the visitor. How the blobs respond to each other depends on the emotional states collected from the visitor of the exhibition.

In the second channel all the collected portraits transpose, and accumulate into a real-time animation of a portrait called the Demiurge. The Demiurge is a concept in Platonic philosophy as the creator of the physical world. The figure in the animation is generated through a generative adversarial network (GAN). The latter is a form of deep learning that makes it possible to ‘shape- shift’ between different faces.

This animation is played in a continuous loop that morphs between all captured portraits in a new fluid identity and is complimented with a generative soundscape.

The project has become involved with what Shoshanna Zuboff has called ‘surveillance capitalism’: a new stage of capitalism where the accumulation of wealth has been directed to human behaviour and experience as a raw material to generate profits. The algorithmic processes operating in the installation expose the effective idea of consumer profiling: the reduction of real world complexity i.e. human behaviour to tractable (consumer) data patterns. It shows that when life itself is reduced to a parametric space, it becomes susceptible to control and manipulation.

Furthermore, the feedback loop between individual (the Demiurge) and community (Blobs) gives us a warning of what ‘social’ media cultivates: an attention economy where a fool’s opinion can take on mythological proportions. 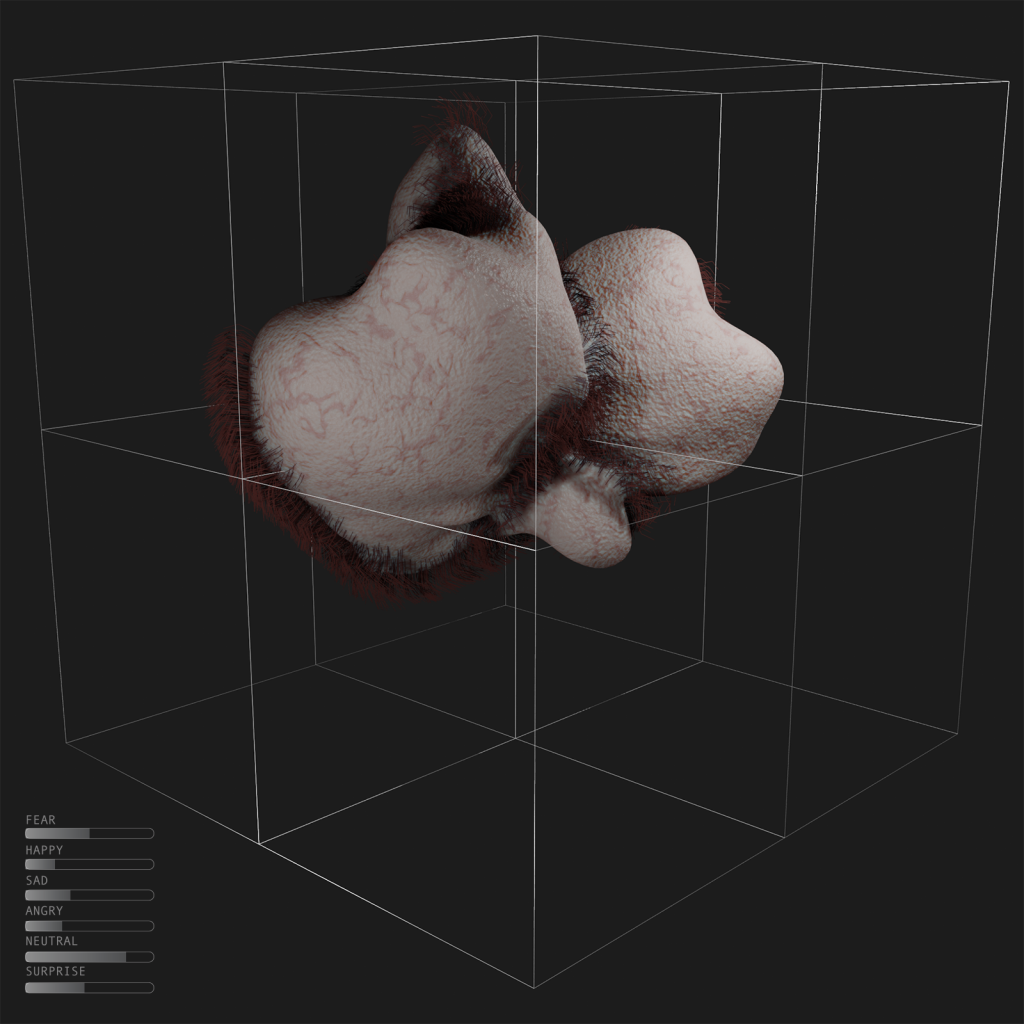 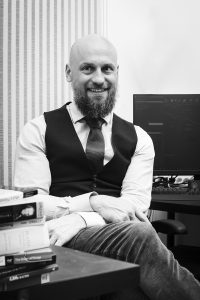 Martinus Suijkerbuijk’s diverse background forms the blueprint of his artistic practice. He holds a degree in Automation Engineering and Industrial Design. In 2017 he graduated from the International MFA program at the Trondheim Academy of Fine Arts where he also recently started his PhD.

His work is best understood as an experimental practice that connects, translates and operates across the borders of different media, artistic genres and disciplines.

Within his practice he continues to explore the fringes of art, technology and philosophy and probes new terrains for intersection within the potential of alliances and collaborations.

His focus on artificial intelligence accelerated during his MFA and together with his technical background has enabled him to work across industries. He has been invited to present his research and work at art institutions as well as technology conferences (CHI 2018). Moreover, parallel to his art practice he has maintained a freelance career consulting creative agencies on the potentials and pitfalls of digital technologies.

Presently his artistic research revolves around the topic of Critical Data Collection that probes novel ways of data collection to build solid digital- infrastructures for the future.