Scenes from Daily Life (video 2 min. loop) depicts a future in which humanoid robots blend into our daily lives.
In such a world, even their malfunctions would be mundane events. 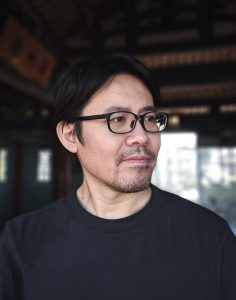 Hiroki Yokoyama is a Japanese designer and filmmaker whose work explores how everyday life in the future or in alternative worlds is changed by existing, emerging, and speculative technologies. He is especially interested in the blurred boundaries between reality and fiction in mundane daily events.

He currently lives in Tokyo and recently completed an artist in residence programme at the BankART in Yokohama, Japan.