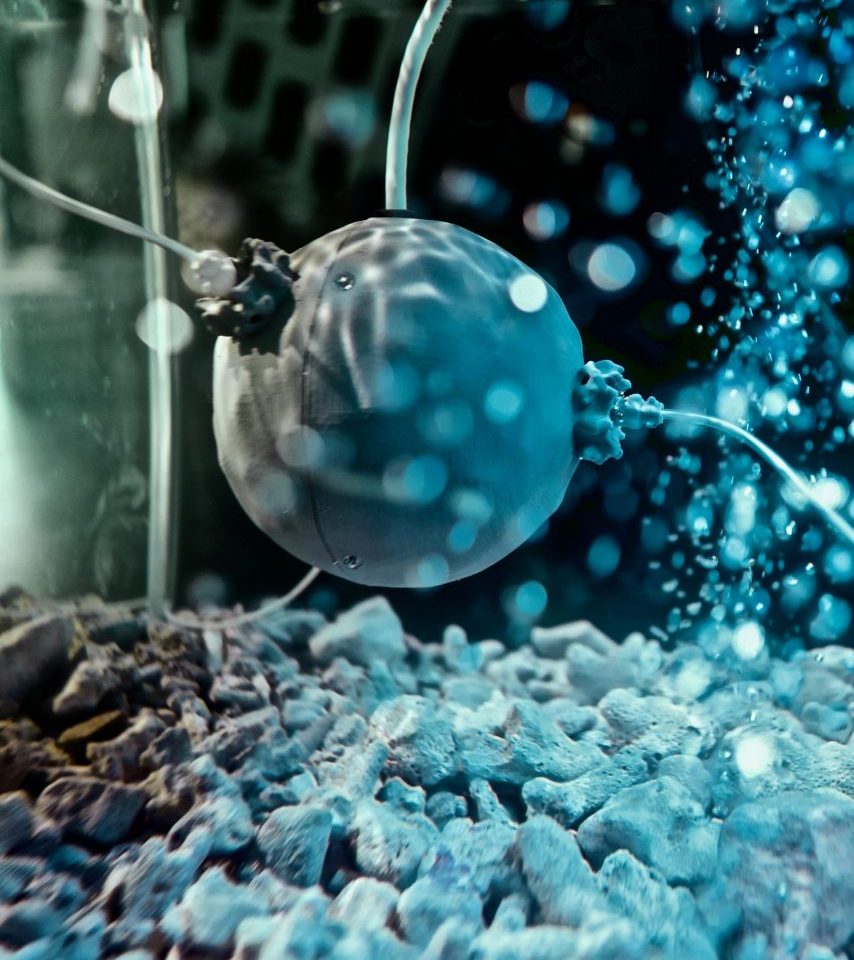 ArchaeaBot: A Post Singularity and Post Climate Change Life-form” takes the form of an underwater robotic installation that explores what ‘life’ might mean in a post singularity, post climate change future. The project is based on new research about archaea (the oldest life forms on Earth) combined with the latest innovations in machine learning & artificial intelligence creating the ‘ultimate’ species for the end of the world as we know it. New research is revealing the mechanisms by which ancient archaea called Sulfolobus acidocaldarius can move around to seek ‘food’ using tails known as archaella.

The archaella use cogwheel-like ‘motors’ to swim about. Our collaborator cryo-microscopist Amanda Wilson is studying the structure of these archaella to make tiny drills made of DNA which might be used to drill into cells to cure diseases, but the robotic archaella are made through 3D printing.

The work is made in collaboration with researcher/cryomicroscopist Amanda Wilson as part of the EU FET Open H2020 funded MARA project based in the Beeby Lab at Imperial College London, and with Professor Daniel Polani from the School of Computer Science at the University of Hertfordshire. The project is supported through an EMAP/EMARE artists’ residency at LABoral Centro de Arte y Creación Industrial in Spain via funding from Creative Europe and with generous support from Arts Council England. Since its completion in August 2018 the piece has been shown at Ars Electronica Festival 2018 (Linz, Austria), LABoral (Gijon, Spain), Bandits Mages (Bourges, France) and IMPAKT (Utrecht, Netherlands). 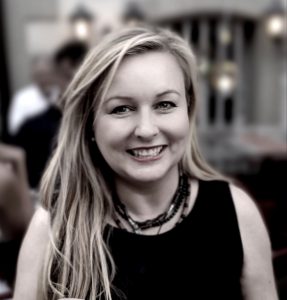 Anna Dumitriu is a British artist who works with BioArt, sculpture, installation, and digital media to explore our relationship to infectious diseases, synthetic biology and robotics. She has an extensive international exhibition profile including ZKM, Ars Electronica, BOZAR, The Picasso Museum, The V & A Museum, Philadelphia Science Center, MOCA Taipei, LABoral, Art Laboratory Berlin, and The Museum of the History of Science Oxford. She was the 2018 President of the Science and the Arts section of the British Science Association and holds visiting research fellowships at the University of Hertfordshire, Brighton and Sussex Medical School, and Waag Society, as well as artist-in-residence roles with the Modernising Medical Microbiology Project at the University of Oxford, and with the National Collection of Type Cultures at Public Health England.

Dumitriu is a renowned speaker and has presented her work at venues including TATE Modern, Princeton University, Imperial College, La Musee de la Chasse et de la Nature, The Mendel Museum and UCLA. Her work is featured in many books including “Bio Art: Altered Realities” published by Thames and Hudson in 2016 and many other significant publications across contemporary art and science including Artforum International Magazine, Leonardo Journal, The Art Newspaper, Art Quarterly, Nature and The Lancet. Dumitriu’s work has a strong focus on the ethical implications of emerging technologies drawing threads across time, exploring future scenarios by reflecting on the past. 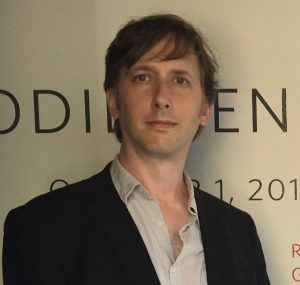 Alex is a Visiting Research Fellow: Artist in Residence with the School of Computer Science of University of Hertfordshire, and a Digital Media Arts MA sessional lecturer at the University of Brighton.